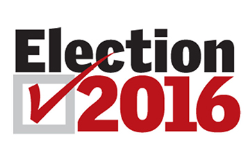 
SUNY Cortland students could determine the outcome of one of the most closely watched congressional elections in the United States, and all three candidates in that race are coming to campus to talk with potential student voters.

These candidate conversations will be free and open to the public. They are:

“These forums are designed for candidates to have ample time to answer questions and connect with the audience, unlike with other formats, which abruptly stop answers,” said Thomas Keegan, president of the SUNY Cortland chapter of Young Americans for Liberty (YAL), one of three student groups sponsoring the event series. “The student vote could be more important in this race than almost any other congressional race in the nation.”

The nonpartisan Center for Information & Research on Civic Learning and Engagement (CIRCLE) recently issued a ranking of the 50 U.S. congressional races in which young people are likely to play a critical role in picking a winner.

The 22nd District, which includes the cities of Cortland, Binghamton, Utica and Rome, was ranked at No. 8.

SUNY Cortland’s campus forums are organized and moderated by students from YAL, the College’s Political Science Association and the campus New York Public Interest Research Group. None of the groups have endorsed particular candidates, but are seeking to raise student awareness of the issues and the candidates.

In addition to the congressional race, the three groups also are sponsoring a public forum for the two candidates in the Cortland County district attorney race: incumbent Democrat Mark Suben and Republican challenger Patrick Perfetti.

Perfetti will talk with students and community members at 7:30 p.m. on Wednesday, Oct. 26, in Old Main, Colloquium. Suben will begin at 8 p.m. that day in the same location.