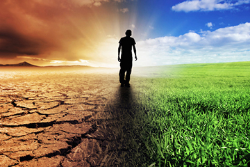 
Syracuse University political scientist Mehrzad Boroujerdi, in his 30 years studying the Middle East, has never seen it with as many failed or fragile states.

“This is a region we can’t afford to ignore,” said Boroujerdi, professor and chair of Syracuse University’s Political Science Department. “It is not Vegas. What happens there doesn’t stay there.”

Boroujerdi will discuss the series of conflicts that began late 2010 in the Middle East and North Africa — known as the “Arab Spring” — on Wednesday, March 8, at SUNY Cortland. “The De/Reconstruction of the Middle East” begins at 4:30 p.m. in Moffett Center, Room 2125.

His talk, which is free and open to the public, is part of the 2016-17 Rozanne M. Brooks Lecture Series at SUNY Cortland. A reception to welcome Boroujerdi precedes the lecture at 4 p.m. in the Rozanne M. Brooks Museum, Moffett Center, Room 2126.

According to Boroujerdi, these conflicts were a response to the increasing gap between the rulers and the ruled. He will discuss what has happened in this region, as well as what could occur going forward, both with U.S. relations as well as domestically in the Middle Eastern states.

He is the author of I Carved, Worshiped and Shattered: Essays on Iranian Politics and Identity, published in 2010 by Tehran: Nashr-e Negah-e Mo`aser; and Iranian Intellectuals and the West: The Tormented Triumph of Nativism, released in 1996 by Syracuse University Press.

Brooks series events will continue throughout the semester.

This year’s Brooks lecture series theme reflects the changing nature of the world around us, especially the destruction of cities, societies and environment.

The 2016-17 Brooks Lecture Series is sponsored by a grant from Auxiliary Services Corporation (ASC) and the Cortland College Foundation.