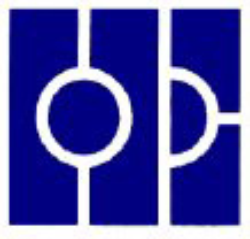 
Charged with devising a plan to curb underage drinking, three SUNY Cortland seniors responded in a big way by placing third this spring in a national case study competition in Boston.

The American Association for Health Education event, held in March, required students to role-play as Boston health educators working in the city’s public schools. Their task was to analyze a case study and develop an effective health campaign targeting underage drinking.

Eastern Illinois University took home top honors in the competition, which was delayed until later in the spring due to a power outage in Boston. Truman State University and the University of Florida tied for second place.

“Only a limited number of teams are selected for the case study competition every year, so just to be selected to compete at the national competition was an honor,” said Bonni Hodges, chair of SUNY Cortland’s Health Department and one of two faculty advisors for the group. Nine teams were eligible to submit their case study presentations for consideration. “To finish in the top three really speaks to the hard work of our wonderful student representatives.”

“It was a real-world scenario where we applied the methods and techniques we learned in our classes,” said Cheetham, the winner of a prestigious SUNY Chancellor’s Award for Student Excellence in 2012 and a New York State College Health Association Certificate of Recognition.

Hodges and Alan Sofalvi, an assistant professor of health and the team’s other faculty advisor, met three times with the students prior to the release of the case. They discussed how to prepare a thorough case and suggested resources to use in the process.

The work, however, was up to the College’s students after that. Once the underage drinking case was released, no assistance from faculty advisors or classmates was permitted by competition organizers.

“We did a lot of work preparing,” said Dean, who will pursue a 16-credit internship in the fall with the Occupational Health and Safety Office at Cornell University as he finishes up his coursework at SUNY Cortland. “And that preparation really paid off.”

Additionally, the case study pointed out that alcohol is the most commonly used and abused drug among youth in the U.S., even more than tobacco and drugs.

Judging criteria for the case study competition graded each health campaign’s ability to increase awareness and knowledge, increase preventive behaviors and reduce the prevalence of underage drinking in Boston.

“Our program really targeted both the students and the parents,” Dean said.

The SUNY Cortland students developed an advocacy program and marketing campaign with unique components, such as a daycare provider at educational sessions for parents and a translator for people who do not speak English. The Cortland students also sought to have input on high school health curriculums and incorporate contests and weekend activities in their health education program.

“Based on the material, we decided the scare tactic approach might not be the best way to approach underage drinking in this case,” said Shirley, who will enter the Doctor of Physical Therapy program at SUNY Upstate Medical University in June. “So we suggested sessions where students could teach their parents how to party, without using alcohol.”

The trio of students devised its action plan mostly in the evening, after full days of work. Cheetham was fulfilling her student teaching obligations, Shirley was completing full-time fieldwork and Dean was busy with a full load of courses.

They were fully prepared to present when they arrived in Boston but soon were left in the dark, almost literally. Two electrical transformers had blown, which cut off power to a portion of the city. The group’s hotel and the Hynes Convention Center, the site of the case study competition, were without electricity.

All but one day of the conference was canceled and each group received instructions to create a video of its health study plan. So the student group returned to Cortland, filmed its presentation and submitted the eventual third-place winner.

“While we were getting ready for the competition, even before we knew what the case was about, Dr. Sofalvi told us always to have a plan B,” Shirley said. “Those words came true in Boston and, luckily, we were prepared.”