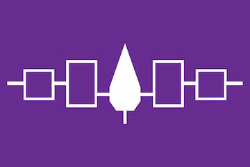 
On Monday, Oct. 8, SUNY Cortland observed Indigenous Peoples Day for the first time, replacing official observance of Columbus Day with an annual opportunity to reflect on the contributions of indigenous peoples to American history.

“American history did not begin in 1492,” SUNY Cortland President Erik J. Bitterbaum said, referring to Columbus’ landing on the Caribbean island that is now Haiti and the Dominican Republic. “Millions of people from hundreds of different cultures had already been living in the Americas for thousands of years.”

The idea of changing Columbus Day to Indigenous Peoples Day began in 1977 at the United Nations’ International Conference on Discrimination Against Indigenous Populations in the Americas. Since then, scores of colleges, cities and even a handful of states have officially replaced Columbus Day — which many feel actually marks the beginning of colonialism in North and South America — in favor of recognizing the history and contributions of native cultures.

SUNY Cortland, like all of Cortland County, was founded on land considered the territory of the Iroquois Nation or Haudenosaunee. The indigenous people were displaced by settlers of European origin during the late 1700s.