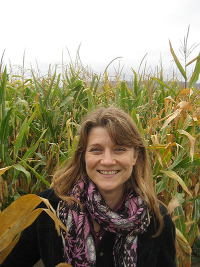 My research and teaching interests  labor, human and civil rights activism and transnational organizing; comparative migration studies; US relations with Latin America at both the official and extra-official levels; left-wing political culture in the Americas.  My current research projects center on grassroots activism—including its cross-ethnic and transnational dimensions—in Seattle, an important U.S. West Coast city profoundly influenced by its Pacific Rim ties.  Beginning in 2016, I initiated and now collaborate in the Chilean Refugees in Seattle (CRIS) History Project, devoted to archiving CRIS documents, artifacts, and oral histories at the Labor Archive of Washington, University of Washington-Seattle Special Collections.  I am currently working on a book manuscript exploring “Chapters in a Career” of the late John Caughlan, a Seattle labor and civil rights attorney.  His defense of immigrants and activists from the 1930s to the 1990s had local, national, and international impacts and engaged networks at all of these levels.

“Recobrando/Recovering ‘The Struggle Against Racial Discrimination’: The Journey of Pablo O’Higgins’s Mural for the Ship Scalers Union of Seattle. Labor: Studies in Working Class History of the Americas, Winter 2012.

Review of Luis Alvarez, The Power of the Zoot:  Youth Culture and Resistance During World War II, (University of California Press, 2008).  Journal of World History, (September 2010) 551-554.

“Do the Write Thing:  Reflections on Academic Integrity.”  Perspectives on History (December 2008).

“Cousins in Anti-Imperialism:  Filipino and Latin American Resistance to US Policy.”  Presented at “New Perspectives on Transpacific Connections: The Americas and the South Pacific" Conference at Ludwig-Maximilians University, Munich, Germany.  April 2013.

“Avoiding Assumptions and Helping Students ‘Do the Right/Write Thing,’” paper and roundtable participant and commentator, “No Work is an Island”:  Academic Integrity in the Historical Profession.”  conference of The Historical Society, Washington, D.C. June 2010.

“U.S. Blacks and the Spanish-American-Cuban-Filipino War,” presentation for panel on "Hidden Histories of Black Americans in the Military: Chapters in the Struggle for Rights," Fifth Annual Conference of the Association for African American Historical Research and Preservation.  Seattle, WA. Mar. 2009