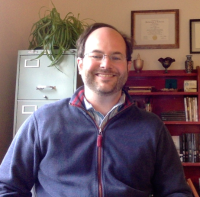 I research and teach British Literature and Culture of the Long Eighteenth Century, specializing in Empire and Colonialism (especially the history and culture of Early British India; migration and circulation; and slavery studies); Jane Austen, Maria Edgeworth and women writers; Material Culture and Thing Theory; and the novel.  I received my Ph.D. in English from The University of Colorado at Boulder, and am currently Assistant Professor of English.

My scholarship has appeared in Eighteenth-Century Fiction, Studies in Romanticism, European Romantic Review, Studies in the Novel, Persuasions: The Jane Austen Journal, and other venues.

The Secret Life of Things

Colonialism, Race and Gender in Eighteenth-Century British Lit and Culture

Austen and her Contemporaries

The Age of Sensibility

Intro to Fantasy and Sci-Fi

Review of Kerri Andrews, ed., The Collected Works of Ann Yearsley (Pickering & Chatto, 2014), in Romanticism and Victorianism on the Net (forthcoming).