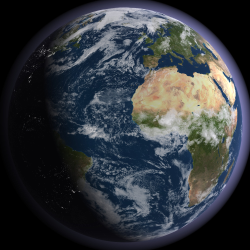 
SUNY Cortland will consider what it means to be a citizen of the College campus and the global community this fall with an event and film series that focuses on the theme of civility.

The series, titled “In/Civility,” starts Sunday, Sept. 18 and features a dramatic reading, two roundtable discussions and five film screenings. All events are free and open to the public.

“In choosing the title, we meant to direct campus attention to the fine line that exists between civility and incivility,” said Scott Moranda, an associate professor of history and the chair of the College’s Cultural and Intellectual Climate Committee (CICC), which organized the series.

“Without civility, no conversation, no discussion, no agreement is possible,” Moranda said. “We seek to raise questions about the benefits and the threats of both. The discussion hopefully will provide insight in how to better live in a state of civility.”

“In/Civility” is the seventh event series organized around a single theme at SUNY Cortland.

Howard Lindh, a lecturer in SUNY Cortland’s Performing Arts Department, will kick off the series’ events when he delivers a dramatic reading on Henry David Thoreau’s history of civil disobedience. The performance takes place at 3 p.m. on Sunday, Sept. 18, in the Dowd Fine Arts Lab Theatre.

Other events in the “In/Civility” series include:

• A discussion titled “The Uses and Abuses of Civility: A Roundtable” will feature a three-person panel at 6 p.m. on Tuesday, Sept. 20, in Old Main Brown Auditorium. Panelists include Richard Kendrick, the director of SUNY Cortland’s Institute for Civic Engagement; Tina Nabatchi, an assistant professor of public administration at Syracuse University; and Grant Reeher, the director of Syracuse University’s Alan K. Campbell Institute for Public Affairs.

Kendrick oversees an institute that connects SUNY Cortland students, faculty and staff with meaningful civic action. Nabatchi and Reeher both serve as the co-directors of CNYSpeaks, a project that seeks to engage Central New York residents in important civic discussions. Nabatchi’s research interests include citizen participation in politics and conflict resolution, while Reeher teaches democratic theory and practice. The panel will look at issues related to civility, civic engagement and civil behavior and will invite audience participation.

• Four members of the College’s Philosophy Department will offer “The Limits of Civil Discourse: Four Philosophers Discuss Civility” as a roundtable discussion at 7 p.m. on Wednesday, Oct. 26, in Old Main, Room 209. The group will use philosopher David Hume’s essay “Of the Rise and Progress of the Arts and Sciences” as a starting point for its talk. The four SUNY Cortland faculty members, all members of its Philosophy Department, include Lawrence Ashley, professor emeritus; Andrew Fitz-Gibbon, associate professor and director of the Center for Ethics, Peace and Social Justice; Mechthild Nagel, professor and director of the Center for Gender and Intercultural Studies; and Kathryn Russell, professor and chair of the Philosophy Department.

The In/Civility series is funded by the offices of the President and the Provost and Vice President for Academic Affairs. The Sept. 20 roundtable also is sponsored by the Campus Artist and Lecture Series.

To stay current with announcements regarding the series’ events, visit its Facebook page. For more information, contact Moranda at (607) 753-2052.