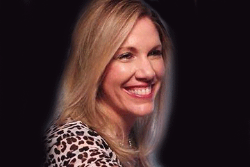 As a college student Carbonaro, author of the 2015 book The Money Queen’s Guide for Women Who want to Build Wealth and Banish Fear (ranked by Amazon as the No. 1 Bestseller in Wealth Management New Releases), was a bit puzzled by her peers’ finances.

“When everybody got their student loan checks, it was a massive party day at Cortland College, where everybody was going out and spending money and the bars were packed,” recalled Carbonaro. “I wondered what was going on here and ‘Why am I not getting a check?’

“And then I realized: I didn’t have any debt,” said Carbonaro, whose colleagues eventually began to call her “the Money Queen.” Now she’s a national profile financial advisor to women who has at times rated just behind financial advisor, author and podcast host Suze Orman in popularity.

But back in college, Carbonaro didn’t think about money like the average first-year student, having worked summers during high school on Long Island under the mentorship of her banker father. When she turned 18, her dad spelled out her choice: Attend a state school and leave with no debt, or go to a private school and become heavily in hock to student lenders.

Since Cortland, Carbonaro has built a career educating people about managing their money, focusing on giving women the tools they need to become financially independent.

Carbonaro currently is transitioning from working for Goldman Sachs to taking on the role of head of women and wealth at Advisors Capital Management, a registered investment advisory firm that has employed other major talent including former Federal Reserve Chair Alan Greenspan.

At this highly successful phase in her life, Carbonaro has turned her attention to her alma mater, finding a way to honor and empower Red Dragons looking to pursue a career in business.

She endowed a new $1,000 annual scholarship through the Cortland College Foundation and made an additional sponsorship gift to move up when students begin to receive it to Fall 2023.

The Cary Carbonaro ’90 Scholarship for Business Economics will be open to business economics majors with satisfactory academic achievement. The scholarship is not limited to women. However, all applicants are asked a supplemental essay question: “How do you envision yourself supporting women in business in the future?”

While a student, Carbonaro advanced women’s empowerment as a founding sister and first chapter president of the Gamma Theta chapter of Sigma Delta Tau at SUNY Cortland, an outgrowth of the 100-plus-year-old sorority that originated at Cornell University.

Graduating as a secondary social studies major, although she loved the idea of becoming a teacher, Carbonaro instead immediately landed a job in the management training program of her father’s employer, J.P. Morgan Chase.

“And I thought, I really like this money thing,” Carbonaro said. “So, I went back to college for my MBA at night in marketing and finance. And I decided I would be teaching about money instead of history. And that’s what I do.”

What Carbonaro calls “the three ‘Ds’: divorce, death, disability,” can wreck the life of someone who doesn’t know how to earn their own money or who lets their emotions drive important financial decisions.

“Men always feel like it’s going to work out way more than women feel like that,” she said. “For women, debt is a really big burden and so is fear. It stops women from putting money in the stock market, or for investing in themselves, and from taking risks men take. So now you can see why I have a big job: to change the world on this.”

Both a registered investment adviser and a certified financial planner with more than 30 years of experience in financial services, in 2014 she was named an Ambassador for the CFP® Board, one of only 50 in the U.S.

A fiduciary, which means her clients pay a fixed fee rather than a percentage of their capital, Carbonaro began to really focus on her female clients following her own drawn-out and costly divorce.

“Now it’s literally my life’s work is to make sure that stuff doesn’t happen to women,” Carbonaro said.

In recent years she has found other ways to be a strategic philanthropist, having supported disadvantaged women and children by co-founding and contributing to the Women’s Giving Alliance of the Community Foundation of South Lake.

“If your parents didn’t tell you, if nobody told you, then maybe you didn’t know about money,” she said.

Her advice to all Cortland students is to learn while still in college how to live on a budget, pay off credit card every month or place the card off-limits, spend less than is earned and, once out in the working world, always sign up for the company 401K retirement savings plan.

“Because those skills will last a lifetime,” Carbonaro said.