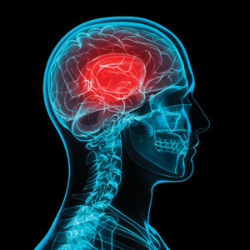 
Ray Ciancaglini’s once promising boxing career gave way to a retirement marked by headaches, hand tremors and memory loss. He was the victim of second-impact injuries — concussions on top of earlier concussions that never healed — and soon will bring his story to SUNY Cortland.

Ciancaglini serves as the keynote speaker of the College’s one-day Sports Medicine Symposium on Friday, March 28. He will deliver the event’s keynote talk, which is free and open to the public, at 1 p.m.

Presented by the College’s Athletics Training Program and Kinesiology Department, the symposium takes place from 8:30 a.m. to 2:30 p.m. in the Corey Union Function Room.

Up to 4.5 hours of continuing education credit is offered for certified athletic trainers.

Concussions continue to be a hot topic for discussion from high school sports to the pros, given the long-term effects they can bring. Federal courts in January rejected a proposed $765 million settlement between the NFL and nearly 5,000 former football players due to concerns about whether the funds were sufficient.

Ciancaglini boxed professionally from 1966 to 1974 but has served as a concussion awareness advocate for much longer. He proved instrumental in helping pass New York state’s Concussion Management Awareness Act, which sets several rules and regulations for handling concussions in public schools.

A native of Geneva, N.Y., and a member of the Rochester Boxing Hall of Fame, Ciancaglini launched thesecondimpact.com to tell his story and educate the public on second-impact injuries. He has won several awards for his outreach and continues to tour colleges and universities promoting his message.

Luigi “Lou” Rende ’82, the director of the Center for Sports Medicine in Schenectady, N.Y., since 1990, will kick off the symposium at 9 a.m. with a talk titled “Athletic Training: the Evolution.” After graduating from the College, Rende worked as an athletic trainer for the College at Brockport, Hobart College and Rochester Institute of Technology. Since 1998, he also has served on the concussion management team of the safety committee for the New York State Public High School Athletic Association.

Chris Neville, an associate professor in the department of physical therapy at SUNY Upstate Medical University, will offer “Concussion and Postural Stability: What Do We Know and What Do We Need?” at 10 a.m. The co-director of the motion analysis laboratory at SUNY Upstate conducts research with the departments of orthopedic surgery and physiology. He teaches in the areas of biomechanics, kinesiology and research methods.

Aimee Brunelle, the head athletic trainer at Jamestown Community College for the past 15 years, speaks on “The Importance of Belonging to Your Professional Association” at 11 a.m. A highly involved member of the athletic training community, Brunelle is the current president of the New York State Athletic Trainers’ Association.