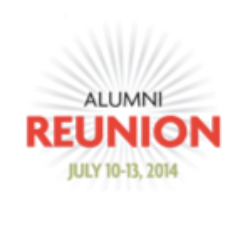 
The SUNY Cortland Alumni Association will present its most prestigious honor, the Distinguished Alumni Award, to three graduates on Saturday, July 12, during the Alumni Reunion 2014 luncheon in Corey Union.

The 2014 Distinguished Alumni Award recipients are:

Since 1968, 117 SUNY Cortland graduates, including this year’s honorees, have received the Distinguished Alumni Award for their career accomplishments and outstanding service to their community and alma mater. In addition, 21 alumni have been recognized with Distinguished Young Alumni awards, reserved for alumni who are younger than 35 years old and have graduated in the last 10 years. Eight individuals have been named Honorary Alumni and, since 1999, nine alumni have been honored with Outstanding Alumni Volunteer awards.

Here's a closer look at the three graduates:

Longtime physical education teacher and coach Flewelling retired in 1998 following a distinguished career lasting more than three decades. She then got busy with a second career — humanitarian work spanning the globe.

In her retirement, among her countless good deeds, Flewelling has drilled water wells in Africa’s dry lands, funded meals for hungry families in South America and delivered vital medical supplies to children in Asia. She has made 20 separate trips to 14 countries since 2005. In short, the Saratoga Springs, N.Y., resident works tirelessly to support healthier living for people who need it the most.

The longtime teacher and field hockey coach at Shaker High School, a former physical education major at SUNY Cortland, initially fell into volunteerism through Earthwatch, an international charity that looks to protect the environment. Flewelling saved endangered species as part of 10 projects with the organization, then shifted her service efforts to the needs of people. The specifics of her work change with the countries she visits; for instance, Flewelling has funded the purchases of scores of goats in Tanzania, soccer balls and school supplies in Nepal, and smokeless stoves in El Salvador.

“I am a one woman show,” said Flewelling, who pays for her own airfare, lodging and food when she travels on service trips. Every penny of every monetary donation she collects supports the Community Foundation of the Greater Capital Region. “I go to the countries to make sure the money is going where it should be,” she said.

The bulk of her recent work, however, brings water to developing parts of Africa and South America. “When each community has a well, the entire village benefits,” Flewelling said. She noted that women are the ones expected to carry water long distances in areas without easy access to the resource.

“We all know education is the key, and by drilling wells, we give girls an opportunity to get that education,” she said, explaining that young women are able to devote more times to their studies and their families.

To date, Flewelling has drilled or repaired 32 wells while funding 10 cisterns and 34 water filters. And her service has not gone unnoticed by her local community: she’s received multiple Lutheran Crusader grants totaling $6,500, earned Ruby Award recognition as a woman helping women in 2011 and 2012, and captured the attention of several media outlets in New York state’s capital region.

Flewelling documents her latest volunteer work on the website, drillingforhope.org, and has written a book, Drilling for Hope: One Woman’s Work to Provide Clean Water, to support future trips.

“I came up with the cheer you hear all over campus: ‘What’s a Seawolf?’ ‘I’m a Seawolf,’” said Stein, describing just one of his many initiatives to increase the school’s sense of community, extra-curricular participation, leadership involvement, student retention rate and ultimate success of its graduates.

Stony Brook students agree, crediting Stein — who is retiring — in several very flattering student newspaper stories about his many projects to foster a vibrant and inclusive college community.

“We’ve worked hard to create a warm and supportive environment for our students,” Stein said of the 1,039-acre campus that opened in 1962 on Long Island’s North Shore. “That’s been a particular challenge because we’re a large research university. But we’ve made significant gains in the 38 years I’ve been here.”

“Over time he has created a culture of caring that is hard to quantify,” said Ellen Driscoll ’82, assistant dean of students at Stony Brook University, in her nomination letter for Stein. “Jerry is the essence of the kind of community both staff and students want to be a part of.”

Since 2006, Stein has served in his current role on the senior administrative team for the university, providing leadership for co-curricular activities and the welfare of more than 24,500 students, including 14,500 undergraduates. Approximately 600 professional, student and rotating medical fellow staff members are under his supervision and he manages two student activities centers that attract more than 1.1 million visitors annually.

In a period of five years, Stein developed and expanded the Living Learning Center Program — offering academic minors and activities consistent with the center theme — from three to eight centers.

Stein co-conceived and helped design the Red Watch Band program, a national movement designed to provide students with knowledge, skills and awareness to prevent death among their peers from toxic drinking.

He created the Center for Prevention and Outreach, which provides counseling resources and support to students and faculty on topics dealing with depression, sexual violence, alcohol and substance abuse.

Stein has received many national student affairs and academic honors.

He has a doctorate in educational administration, leadership and technology from Dowling College, and two master’s degrees.

The titles of recent publications edited by health educator Milstein likely will capture a reader’s attention. Then again, so will Milstein’s complete body of academic work in the sex education field.

The Society for the Scientific Study of Sexuality once named the former SUNY Cortland health education major an emerging professional in her discipline. Today, among her many professional duties, Milstein is a professor in the Department of Health Enhancement, Exercise Science and Physical Education at Montgomery College in Maryland and a part-time faculty member at George Washington University.

“A few years ago I decided that I wanted to get more involved with helping other educators,” Milstein said.

That meant taking a dive into editing teaching manuals for peers in her field. To date, she has nearly a dozen publications to her credit and earlier this year, her co-edited work Teaching Safer Sex, Volumes 1 and 2 (3rd ed.) earned the AASECT book award. Other recent instruction manual titles from Milstein include Sex Ed in the Digital Age, which aims to help educators teach students how to navigate technology in relation to their sexuality, and Changes, Changes, Changes! Great Methods for Puberty Education, which has been called “a ‘must-have’ resource for educators” by notable children’s author Robie Harris.

Milstein’s major areas of academic interest include human sexuality, men’s health and teacher preparation. She has offered more than 50 professional and community presentations on a wide range of topics, from sexuality and senior citizens to HIV/AIDS to online relationships and cheating.

Milstein currently serves on a dozen committees and advisory boards devoted to professional service, including the American College Health Association (ACHA) Sexual Health Education and Clinical Care Coalition Committee, the Board of Directors for the Foundation for the Scientific Study of Sexuality and the Men’s Health Network Advisory Board.

She is a master certified health education specialist, a certified sexuality educator and in 2008 founded Milstein Health Consulting.

“I am proud to say the incredible training I received as a health education major at SUNY Cortland has had a great deal of impact on my career,” said Milstein, who went on to earn her master’s in health education at the University of Maryland, College Park, and her doctorate in human sexuality education at Widener University.

“The professors I had at Cortland … ignited a fire in me to not only be an outstanding health educator, but to also help the next generation the way they helped me.”