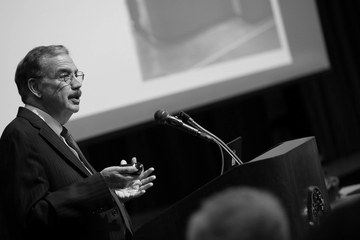 I am pleased to announce that Dr. Ann McClellan has been named SUNY Cortland’s next provost and vice president for Academic Affairs. She will begin in May 2023.

I believe that Ann will bring tremendous energy and expertise to the university’s Division of Academic Affairs. Please join me in welcoming Provost McClellan to SUNY Cortland.

Ann comes to us from Plymouth (N.H.) State University, where she has most recently served as interim provost and vice president of academic affairs. She had previously been associate provost and a professor of 20th century British literature at Plymouth State.

After earning a master’s and a Ph.D. in English from the University of Cincinnati, Ann began her teaching career at Eureka College. Her scholarly background is in British literature and culture, fan studies and Sherlock Holmes and she is the author of books including Sherlock’s World: Fanfiction and the Reimagining of BBC’s Sherlock and How British Women Writers Transformed the Campus Novel. Ann was recognized by Plymouth State with awards for Distinguished Academic Advising, Distinguished Scholarship and Excellence in Faculty Service and has received research grants from the National Endowment for the Humanities’ Advanced Digital Humanities Institute, the Marion and Jasper Whiting Foundation and Sisters in Crime.

I would like to thank Provost Mark Prus for his many years of service to the university and for his willingness to remain on in his role throughout this search. My appreciation also goes out to the members of the search committee and to those who attended open meetings and provided valuable feedback.