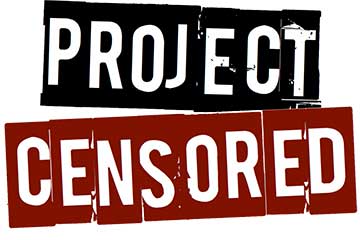 
Students in SUNY Cortland’s Introduction to Media Literacy class aren’t just learning about the media, they’re learning how to dig. It is an effort that’s earned them national attention from Project Censored, a nonprofit organization committed to uncovering important stories missed by traditional news outlets..

Several investigative articles by the students made it onto the group’s website, with the work of two students, Vincent Santilli of Saratoga, N.Y., and Noah Orser of Carmel, N.Y., listed among the Top 25 Censored Stories of 2020-2021 and published in Project Censored's State of the Free Press 2023.

Their story documented how the way the federal government keeps track of the deaths of offshore oil rig workers misses half of the actual fatalities.

“Being media literate means that we are in a position to better protect ourselves from unwanted or potentially harmful media effects, and to more effectively, mindfully and strategically use the media to satisfy our individual needs,” said Christina Knopf, a professor in the Communication and Media Studies Department, who has taught the class since 2021. “It’s less of a job skill and more of a life skill.”

Students in the class explore independent news sites until they find a story they haven’t seen before, but feel is important. They then search to see how much attention it has received by corporate news sources. If it turns out coverage is scarce, the students pursue it further.

“I was extremely excited when I found out my story had been picked,” said Victoria Recco, a communication studies major from Broad Channel, N.Y. “Professor Knopf obviously expressed to our class that we all had a chance of being chosen but I never imagined that my story would be, so it was a very pleasant and welcome surprise.”

Recco’s article focused on how attention-deficit/hyperactivity disorder (ADHD) is significantly under-diagnosed  or misdiagnosed in girls. It was among those highlighted on Project Censored’s website.

Knopf’s first classroom experience with Project Censored was when she taught at SUNY Potsdam in 2008. She first used the  organization as a SUNY Cortland teaching tool in Spring 2021. In 2021-22 more than 207 student researchers from 10 college and university campuses in the U.S. submitted news stories, according to Project Censored.

“I loved this class,” said Jessica Jean-Baptiste, a senior communications studies major from Dix Hills, N.Y., whose focus in class was on the criminalization of HIV. “I enjoyed learning about the different theories within the media and how they affected me in my daily life.”

Knopf said that submissions to Project Censored, which has a mission statement dedicated to independent journalism and opposition to censorship, are placed on a ballot that includes hundreds of other stories. That ballot is then sent to a panel of international judges that includes journalists, academics and prominent figures like former FCC Commissioner Nicholas Johnson. The panel, along with the students and faculty involved in the stories, engage in two rounds of voting until the top 25 are chosen.

This work with Project Censored develops skills that, according to Knopf, are only increasing in importance.

“So-called ‘social’ media platforms are being leveraged to divide rather than network people,” Knopf said. “Advancing AI technologies are presenting more and more ‘deepfake threats’ to democracy, security, and the economy — calling into question the authenticity of information, identities and even art.”

Knopf noted that much of a typical person’s time is channeled into technologies either less common or unavailable a generation ago, and that this digital intimacy spreads misinformation and disinformation faster than before. The internet didn’t invent lies and rumors, but it has unprecedented ability to spread them quickly and efficiently, she said. The training gained through the Project Censored assignment makes sifting through the digital landscape easier.

“My biggest takeaway from Intro to Media Literacy was how the media frames things for their benefit,” Recco said. “This was something we dove into more with the Project Censored assignment specifically. We learned a lot about how the media hides certain things for whatever their reasoning may be, and we learned how to, as communications professionals, dig deeper to find hidden stories.”