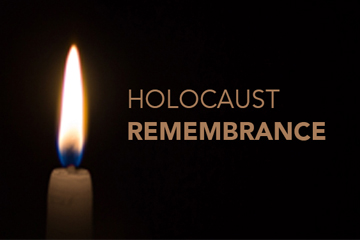 
In memory of the horrific events that took place during the Holocaust, SUNY Cortland has organized a series of events in April and early May.

The College’s Project for Eastern and Central Europe, Clark Center for Global Engagement, Jewish Studies, History Department, Cultural and Intellectual Climate Committee, and Auxiliary Services Corporation have joined together to present the series to memorialize this monumental chapter in history.

Annamaria Orla-Bukowska, a Polish social anthropologist professor and lecturer whose major field is Polish Christian-Polish Jewish relations in the 20th and 21st centuries, will give two separate presentations on Wednesday, April 25.

Orla-Bukowska currently serves as a Skalny Center Fellow at the University of Rochester.

A professor from the Institute of Sociology at the Jagiellonian University in Krakow, Poland, Orla-Bukowska specializes in majority-minority relations, particularly issues of racism, extreme nationalism, and antisemitism and political anthropology. She lectures at the State Museum Auschwitz-Birkenau.

The film “In Darkness,” directed by Agnieszka Holland, will be screened on Thursday, April 19. The event will take place at 7 p.m. in Sperry Center, Room 106.

Based on a true story, “In Darkness” opens with Leopold Socha, a sewer worker and petty thief in a Nazi-occupied city in Poland. One day, Socha encounters a group of Jews trying to escape a ghetto and hides the group for money. However, what starts out as a business deal soon turns into an unlikely friendship and alliance between himself and the group of Jews he is hiding.

The Clinton String Quartet will lecture on, demonstrate and perform the Shostakovich String Quartet #8 on Sunday, April 29. The concert will start at 1 p.m. in the Corey Union Fireplace Lounge.

Refreshments will follow the performance. Additional co-sponsors for the concert at Temple Brith Shalom include CNYArts.

Seeing the destruction left by the Allied fire bombing raids on Dresden in 1945, Dmitri Shostakovich was moved to write, in only three days, one of his most important works, which he dedicated “to the victims of fascism and war.”

The Clinton String Quartet includes: violinist Michael Bosetti, who presently freelances with the Buffalo Philharmonic, the Binghamton Philharmonic, Symphoria and the newly formed Clinton Symphony; Ann McIntyre, a versatile violinist with a career that spans a range of performances including contemporary music, musical theater, symphony orchestras and chamber music who currently performs with a variety of ensembles in the CNY area, including the Society for New Music, Merry Go Round Theater, and Symphoria; Dana Huyge, violist, a full time member of Symphoria who also performs with the Albany Symphony; Cellist George Macero, who performs with Symphoria and as a soloist and chamber musician with the Society for New Music.

The series concludes with a sandwich seminar discussion featuring Alexandru Balas, director of the Clark Center for International Education and coordinator of the International Studies Program, on Wednesday, May 2. Balas will discuss “When Good People Do Something. The Actions of Two Romanians and an El Salvadorian during the Holocaust,” at 12:30 p.m. in Brockway Hall Jacobus Lounge.

“This is a story of three regular people who, against all odds, and with very ingenious ‘schemes,’ managed to save more than 130,000 lives during the Holocaust,” Balas said. “Three unlikely friends from two far-away countries, Romania and El Salvador, take action against evil regardless of religion, nationality or political identity, and help other human beings. At a time when the Holocaust seems to be fading away from memory, it is important to remember that heroes such as these three live amongst ourselves.”

For more information about the series, contact Scott Moranda, associate professor of history, at 607-753-2052.