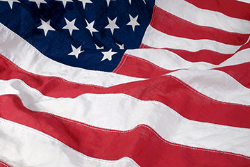 
On a regular day, English composition Instructor Jeffrey Jackson fulfills the role of educator, training and motivating SUNY Cortland students to reach higher in their mastery of the written word.

But whenever Jackson dons his military cap or uniform or steps outside of his car bearing the “U.S. Army veteran” license plates, he usually commands an entirely different kind of respect from whomever he encounters, whether they have a connection with America’s armed services or not.

“Sometimes you are able to be a change agent, if that’s the right term?” said Jackson, who served the Army from 1986 until 1993 in infantry and armor units in Germany and an Air Defense Artillery unit in Kansas.

“You can have a real good outcome and not only serve your country but your service can sometimes be a launching point for a brilliant career,” Jackson said.

Jackson, a U. S. Army veteran who served two tours in Germany and also participated in Operation Restore Hope in Somalia from 1992 to 1993, will deliver the university’s virtual keynote address during the annual Veterans Day ceremony on Thursday, Nov. 11.

Jackson will discuss his experience in the military and assist in the remembrance of our veterans during the ceremony, which will begin at 3 p.m. Those who wish to attend the online gathering can access the ceremony through a link on the Cortland Veterans Day website.

Jackson will speak after a welcome by SUNY Cortland President Erik J. Bitterbaum and several other presenters, including Neve Polius ’17, who will share her recorded singing of the National Anthem; and Andrew Jensen, a Westpoint Military Academy graduate and captain in the U.S. Army from 2004 to 2009, who is the son-in-law of event co-organizer Sue Vleck. Jensen will read “What is a Veteran.”

Jackson prepared for his speech by reading a PEW Research Center report from earlier this year, which found that fewer than 10% of the U.S. adult population have served in the Armed Forces.

“Less than one in 10,” he said. “It is a heavy burden, yet we have borne it with pride, gladly knowing we shoulder it so others will not have to. The older I get, the more I realize what a monumental privilege it is to have served.”

Jackson said he gets emotional when he thinks of family members who moved him to serve his country in the military, including both his father and an uncle, both of whom served with honor in the Air Force.

“I still remember wedding pictures of dad and my mom,” Jackson recalled. “He was standing there in his dress blues looking really handsome and dapper getting married to mom. It was an important part of his life back before me. It was definitely an inspiration.

“My father is easily one of the smartest people I know. So if there’s something he did and did well, that’s motivation for me,” Jackson said.

His father served in the 1960s during both the Cold War and the Vietnam War.

“He was in grad school in Iowa and that was when a lot of people were being drafted, particularly for the Army in Vietnam,” Jackson said. “And Dad knew that was coming. He decided that if he was going to go into the military, he wanted to go into it on his own terms. He used his service in the Air Force as a launching point for a brilliant career in mathematics and engineering.”

At the ceremony, Jackson will discuss the remarkable interactions he’s had with others since his military service, both with fellow veterans as well as civilians, whether or not they have a connection with the military.

“We may have visible or invisible scars and trauma, but we all still served,” he said of the former. “And still there is a language between veterans that goes beyond words, whether we choose to speak about our service or not.”

By those who haven’t themselves served, Jackson is amazed at the growing support for veterans.

“When I put on that U.S. Army cap or that First Infantry Division cap, people look at it and it is an honest recognition of service to this country,” Jackson said. “That was not always the case, especially coming out of Vietnam. It’s definitely improved. There are some more things I’d like to see for veterans but we’ve definitely made progress in the country in how we treat our veterans.”

Jackson’s occupation was communications, technically known as a 31 Victor or 31V. He worked with FM and secure communications and was often attached to different field units or tactical operations centers.

He was honorably discharged as a specialist E-4 and began his academic studies in Florida. He studied at Onondaga Community College and earned a bachelor’s degree in English with a concentration in creative writing from Binghamton University and a master’s in information resources management from Syracuse University’s School of Information Studies. He earned a Ph.D. in mass communication/media studies from Syracuse University’s Newhouse School of Public Communications in 2011.

In 2016, he joined SUNY Cortland’s English Department as contingent faculty, and in 2018 was appointed to his current position. He is married with two children and one granddaughter.

Participants are invited to honor a veteran they know by submitting by Monday, Nov. 1, the individual’s name, name, branch of service and photo to be included in the university’s 2021 Veteran’s Day Virtual Ceremony slideshow.

For more information, contact Special Events for the President.