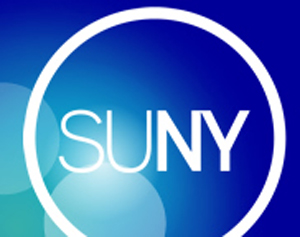 “I commend the board and Chancellor Nancy Zimpher for their commitment to promoting healthy lifestyles among the nearly half a million students in the State University of New York system,” Bitterbaum said. “Having made this decision in 2011, SUNY Cortland’s faculty and staff understand the challenges involved with this change, and are proud to be at the forefront of what is clearly a national movement.”

Cortland last year became the second comprehensive college in the SUNY system to declare it would go completely tobacco free. A committee appointed by President Bitterbaum set a Jan. 1, 2013, date for the ban to give students and employees time to learn about the policy and hopefully ¾ quit using tobacco. The policy applies to both smoking and chewing tobacco.

“SUNY Cortland strives to be one of the healthiest college campuses in the United States,” Bitterbaum said. “We work to educate and develop all aspects of our students’ lives, and tobacco use is inconsistent with that goal.”

Tobacco use accounts for at least 30 percent of all cancer deaths in the United States, according to the American Cancer Society. Smoking is by far the leading risk factor for lung cancer, and lung cancer is the most common — and most preventable — type of cancer for both men and women.

Of the 15 million college students in the United States today, it is estimated that 1.7 million will die of smoking-related illnesses, most prematurely, according to the American Cancer Society. That amounts to more than 10 percent of current college students.

The College has launched a variety of tobacco education and smoking cessation programs in preparation for the change.

The SUNY Board of Trustees Tuesday passed a resolution supporting a Tobacco-Free SUNY policy and the development of legislation banning the use of tobacco on all grounds and in all facilities and vehicles owned or controlled by SUNY.

The resolution is a result of the Chancellor’s Task Force for a Tobacco-Free SUNY. Its goal is to make all campuses tobacco free by the end of 2013, a year after SUNY Cortland’s policy goes into affect.