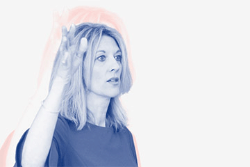 
Economist Stephanie Kelton, whose view of modern monetary theory helped lay the fiscal foundation for big policy proposals such as the Green New Deal, will bring her expertise to SUNY Cortland on Thursday, Feb. 20.

Which means, in her view, that governments may be able to safely practice more deficit spending than has been traditionally thought.

Kelton, who has served as chief economist of the U.S. Senate Budget Committee and as senior economic advisor to the presidential campaign of Senator Bernie Sanders, will talk about modern monetary theory and ambitious policy proposals from 5 to 6:30 p.m. in Sperry Center, Room 105.

Kelton, a professor of economics and public policy at Stony Brook University, is a founding fellow of the Sanders’ Institute, a progressive think tank founded by presidential candidate Bernie Sanders’ wife and stepson. She is the author of a new book, The Deficit Myth: Modern Monetary Theory and the Birth of a New Economy, which will be published this year by Public Affairs.

TALK CANCELLED/TO BE RESCHEDULED. TUESDAY, MARCH 10. David Fruend will lecture on the history of discriminatory lending practices in the U.S. and its role in perpetuating intergenerational inequality. Fruend, an associate professor of history at University of Maryland, will present from 5 to 6:30 p.m. in Brockway Hall Jacobus Lounge. A specialist in the history of the modern United States, Fruend is the author of the 2008 book, Colored Property: State Policy and White Racial Politics in Suburban America. The text was awarded the 2008 Ellis W. Hawley Prize from the Organization of American Historians, the 2007 Kenneth Jackson Book Award from the Urban History Association and the 2009 Urban Affairs Association Best Book Award. Fruend also has contributed to a number of public history, policy and documentary projects and has received grants and fellowships from organizations including the Woodrow Wilson International Center for Scholars and the Graham Foundation for the Arts.

TALK CANCELLED/TO BE RESCHEDULED. THURSDAY, MARCH 12. Scott Ferguson will focus on the politics of care and the aesthetics of money when he returns to visit the campus again from University of South Florida. He will speak from 5 to 6:30 p.m. in Brockway Hall Jacobus Lounge. Ferguson’s research explores relations between political economy and aesthetics, specializing in the history of Western visual culture from Renaissance painting to the Hollywood blockbuster. His book Declarations of Dependence: Money, Aesthetics and the Politics of Care was published by University of Nebraska Press in 2018. He serves as a research scholar for the Global Institute for Sustainable Prosperity, co-director of the Modern Money Network Humanities Division and co-host of the Money on the Left podcast.