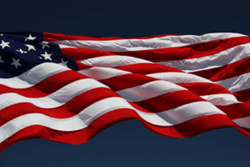 
Media predictions about the outcome of the 2020 U.S. presidential election feature two diametrically opposed impacts on America’s future and lopsided polling over who will win.

“Many predict a Democratic wave, but the shadow of 2016 haunts both the pundits and the Democrats,” said Robert J. Spitzer, a respected political scholar and professor at SUNY Cortland.

“As the country lurches toward election day, Nov. 3, no one should underestimate the ability of the Democratic Party to snatch defeat from the jaws of victory,” said Spitzer, who has appeared on national television news shows that include NBC’s “Today Show” and ABC’s “Good Morning America.

Spitzer, as in many past presidential campaigns, will weigh in on how the 2020 election might play out, on Thursday, Oct. 1, during the university's first fall 2020 Community Roundtable.

Spitzer, a SUNY Distinguished Service Professor and a nationally recognized authority on subjects such as the U.S. Constitution, the U.S. presidency and the politics of gun control, will share his pre-recorded presentation for viewing at 9 a.m. on the university's SUNY Cortland Community Roundtables webpage at cortland.edu/roundtable. Or, the QR code at the bottom of this page can be scanned into a device to upload into the presentation.

His talk, which is sponsored by the SUNY Cortland President’s Office, kicks off the university’s 2020-21 Community Roundtable Series. This year, virtual presentations will replace the in-person seminars traditionally held in the Park Center Hall of Fame, because of health concerns relating to the COVID-19 pandemic.

The Community Roundtables are free and open to the public. After Spitzer’s presentation, the virtual attendees will be invited to share comments and ask questions, which should be submitted prior to the event on a Questions form. The number of and questions selected will be based upon time limitations and relevancy to the topic.

Spitzer’s talk will assess key factors that will shape the outcome of the election as Donald Trump seeks a second term by examining the issues, candidates and party coalitions that will decide the outcome.

“In an environment fraught with crises and unrest — a continuing viral pandemic, an economic crash, the Black Lives Matter movement, global warming, voter suppression and an incumbent president who seemingly precipitates crises and disorder — some feel that the very legitimacy of the American nation is at stake,” Spitzer said.

He has testified before Congress, participated in meetings at the White House and has had his work cited by federal courts. Spitzer is a regular panelist on “The Ivory Tower Half Hour,” WCNY-TV’s popular public affairs program which airs every Friday night.

In addition to writing 15 books, including four on the presidency and five on gun control, Spitzer has written more than 600 scholarly articles, book chapters, reviews, papers and essays. He is series editor for the Book Series on American Constitutionalism published by SUNY Press and for the book series on Presidential Briefing Books for Transaction Publishers.

In the 1980s, Spitzer served as a member of the New York State Commission on the Bicentennial of the U.S. Constitution. He was elevated to the rank of Distinguished Service Professor in 1997, received the SUNY Chancellor's Award for Excellence in Scholarship in 2003, SUNY Cortland’s Outstanding Achievement in Research Award in 2005 and 2010, and is a former president of the Presidency Research Group of the American Political Science Association.

For more information about the roundtables, contact Special Events for the President at 607-753-5453 or message special.eventsoffice@cortland.edu or visit the Community Roundtables webpage.