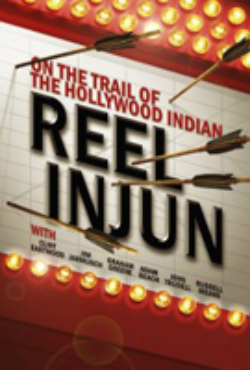 
A documentary that takes a historical look at how Native people have been portrayed in Hollywood will launch SUNY Cortland’s Native American Film Series on Tuesday, Oct. 26.

Presented by the College’s Native American Studies Program, the cinema series is free and open to the public. “Reel Injun,” by Cree filmmaker Neil Diamond, and three additional films, will be shown at 7 p.m. on Tuesdays in Sperry Center, Room 205.

In “Reel Injun,” Diamond starts with the silent era and uses dozens of clips to show how the image of Native Americans has been portrayed in film. He works from John Ford and Monument Valley, to the progression of Native people in film to Native American filmmakers producing their own films. “Reel Injun” offers interviews with Robbie Robertson, Adam Beach, Graham Greene and Clint Eastwood.

“The Only Good Indian,” inspired by the early history of Haskell Indian Nations University in Lawrence, Kan., will be shown Nov. 2. Directed by University of Kansas film professor Kevin Willmott, the film tells the story of the U.S. government’s attempt to assimilate American Indians into white culture. The film stars Wes Studi as a Cherokee bounty hunter chasing a teenage Native American boy named Nachwihiata. As often happened at the time, the boy was kidnapped from his home and thrust into a Christian boarding school.

A “year in the life” documentary, titled “Dancing on Mother Earth,” about the life of Joanne Shenandoah will be shown on Nov. 9. The film portrays the singer/songwriter’s life as she is nominated for a Native American Music Award, a NAMMY. It also details Shenandoah’s background, regional politics and the Haudenosaunee culture. Shenandoah has performed at SUNY Cortland numerous times, most recently in 2009.

“Our Spirits Don’t Speak English: Indian Boarding School,” a documentary that examines an educational system that was designed to destroy Indian culture and tribal unity, will be shown Nov. 16.

The philosophy of the Indian boarding school system was “to kill the Indian and save the man.” This was the mission statement of Captain Richard Henry Pratt, founder and superintendent of Carlisle Indian Industrial School in Carlisle, Pa., until 1904. The battle against and the victory over the boarding school monster is told by educators, former and current students who were interviewed at Carlisle; Sherman Indian High School, Riverside, Calif.; Sequoyah High School, Tahlequah, Okla.; in Anchorage, Alaska, and other locations.

The series is sponsored by Native American Studies, the Center for Gender and Intercultural Studies and Auxiliary Services Corporation.