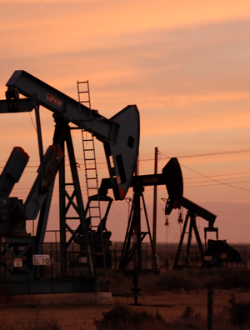 
William Podulka, an experimental physicist from Brooktondale, N.Y., will deliver two back-to-back lectures on the impending natural gas drilling in the Marcellus shale on Monday, Oct. 11, at SUNY Cortland.

Titled, “Shale Gas Drilling: What’s The Fuss About?,” the first talk offers a general overview of shale geology, the techniques used to extract natural gas from shale beds, and other issues about the technology.

The second lecture, “Is Marcellus Shale Gas Drilling a Cure for Upstate New York’s Economic Woes,” will take place at 8:15 p.m. in the same location.

Co-sponsored by the Campus Artist and Lecture Series (CALS) and the Geography Department, the talks are free and open to the public. Both lectures are aimed at the general public and will feature separate question-and-answer sessions.

A physicist with a lifelong interest in energy and environmental issues, Podulka and his wife researched information on many different aspects of the gas drilling issue in 2009 after learning that gas drilling was coming to the region. He created TCgasmap.org, a map of Tompkins County properties leased for gas drilling and recently released a similar map for Cortland County. ROUSE, the grass-roots group he chairs in Tompkins County, seeks to educate the public about related issues and works to protect residents from harm.

In the first talk, Podulka also will introduce the environmental, public health, economic and sociological implications that need to be considered in careful planning and regulation of proposed drilling.

His second talk, which is more technical in nature and geared for economists and planners, focuses specifically on the claims of significant economic benefits resulting from developing the Marcellus shale.

Podulka will summarize the methodology and key findings in six different reports about the economic impacts of gas drilling and resource extraction.

“One class of reports makes optimistic assumptions and depends on an economic model that does not consider negative impacts on existing businesses,” Podulka said. “These form the basis of speculation that drilling causes economic growth.”

In contrast, studies that have looked at impacts on real economies show a mixed picture and suggest further study, he added.

“An important question is how comparable the studied areas, all very rural, are to upstate New York,” Podulka said. “There is some evidence that our local regional economy, consisting as it does of agriculture, tourism and education, might be more vulnerable to negative impacts from gas drilling than more strictly rural areas.”

Podulka has a doctorate in applied engineering and physics from Cornell University, where he earned a minor in scarce resource economics. He also holds a master’s degree in secondary education from Cornell University. Podulka completed his post-doctoral work at Cornell in high-energy synchrontron. He served as a research associate with Cornell’s Laboratory of Plasma Studies. Podulka has a book in publication titled Economic Claims and Counterclaims: Evaluating the Real Economic Impact of Natural Gas Drilling. He has spoken frequently on the topic and related issues during the last two years, mostly recently on Sept. 21 as a panel scientist at a public forum in Rochester, N.Y.