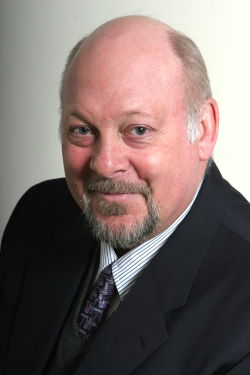 Baroni, whose specialty is the study of systematics of macrofungi, will be honored during the MSA Annual Meeting from July 25-29, to be held jointly this year in Snowbird, Utah with the Botanical Society of America, the American Fern Society, the American Bryological and Lichenological Society and the American Society of Plant Taxonomists.

"It has been a pleasure for me as chairman of the Distinctions Committee for the Mycological Society of America to process the nomination and subsequent election of Tim Baroni as Distinguished Mycologist for 2009," said James W. Kimbrough, a professor in the Plant Pathology Department at the University of Florida, Gainsville.

"I have known Tim for almost 35 years and had the opportunity to join him in field work in Florida," said Kimbrough, who received the MSA Distinguished Mycologist Award in 2001. "I feel that Tim is an outstanding scientist. He has been able to establish a dynamic program of research and teaching at the SUNY Cortland campus. He continues to attract and motivate students in mycology."

"Being selected for this Distinguished Mycologist Award is one of the highest compliments a researcher in mycology can receive," explained Baroni, a past president of the MSA.

Awarded to a society member or emeritus member who has established an outstanding career, the MSA Distinguished Mycologist Award recipients are chosen by their peers on the basis of quality, originality and quantity of their published research, as well as service to the MSA or to the field of mycology in general. The society's MSA Distinctions Committee selects the recipient of the award. Past honorees have been chosen from researchers in the U.S., Canada, Germany and the Netherlands.

A SUNY Cortland faculty member since 1980 who was honored by SUNY with a Chancellor's Award for Excellence in Teaching in 1999, Baroni specializes in tropical mycology and is one of the world's leading experts on the diversity and systematics of macrofungi. In the past 30 years, he has described six new genera and is proposing four more new genera from the cloud forests of Belize to be published later this year or in early 2010. He has also described 85 new species and varieties since 1980. As part of his research on biodiversity, he has also published 29 new combinations of fungi in his efforts to produce monographs on genera of mushrooms.

Since his appointment at SUNY Cortland, Baroni and his colleagues have supported the research with nearly $1 million in grants, most recently from the National Geographic Society and the British Mycological Society. However, the major sponsor has been the National Science Foundation, with additional grants from the SUNY Research Foundation, the Buffalo Science Museum and the New York State Museum.

In his latest expedition, Baroni revisited the cloud forests of the Maya Mountains in southern Belize in August 2007 with two other research mycologists from the U.S. Department of Agriculture - Forest Service and Louisiana State University. On this most recent expedition, funded by the National Geographic Society and the British Mycological Society, Baroni and his colleagues discovered nearly 30 more new species and four more new genera of macrofungi than on the previous, 2004 expedition. He and a dozen other scientists spent 12 days finding specimens after being transported there by a British Forces of Belize assisted helicopter drop.

This past summer, Baroni spent two weeks in Mexico City working at the Universidad Nacional Autónoma de México (UNAM) herbarium with a colleague there, Professor Joaquin Cifuentes, developing a report on a family of mushrooms that are poorly known for Mexico, but are the focus of Baroni's biodiversity research in the Americas. Several new species were identified in the UNAM collections and Baroni and Cifuentes are preparing publications on those new organisms.

Baroni's book, How to Identify Mushrooms to Genus VI: the Modern Genera (Mad River Press, 1988), written with David L. Largent, is considered one of the most significant references in the field.

Baroni has received many national and international awards and honors for his scholarship. In 1987, he was one of only three professors worldwide to be selected to receive the Hesler Visiting Professorship of Floristic Botany at the University of Tennessee. In 1984, he was invited to participate in the People to People Applied Microbiology Delegation in the People's Republic of China. SUNY promoted him to Distinguished Professor, its highest academic rank, in 2007.