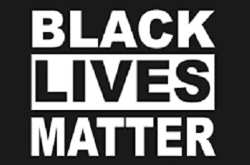 
SUNY Cortland is looking for student artists to help the university make a visible statement against racial and social injustice and in support of the Black Lives Matter movement.

Four artists, or groups of artists, will be selected to create a mural that will be mounted in the lobby of Moffett Center, based on four predetermined themes.

“The main goal is to highlight the different aspects of Black Lives Matter, but the students also wanted to highlight the individuals of the past whose shoulders we stand on,” said Lorraine Lopez-Janove, SUNY Cortland’s chief diversity and inclusion officer.

“It’s a way for us to think about where we’ve been as a campus, how far we’ve come, and how much more we have to do to be able to say there is equity and inclusion.”

The project was initiated by Timothy Bennett ’07, owner and publisher of local news website The Cortland Voice and founder of six FunFlicks Indoor and Outdoor Movies entertainment rental operations in the region. Bennett, a member and former officer of the SUNY Cortland Alumni Association board, volunteered to fund the painting of Black Lives Matter on Main Street in downtown Cortland during the summer of 2020.

He then offered to pay for a mural illustrating the same concept on the SUNY Cortland campus. President Erik J. Bitterbaum was supportive and wanted to make sure students were involved in its creation.

To that end, Lopez-Janove created a committee made up of representatives of the Black Student Union, Student Government Association and the campus chapter of the NAACP. Those students suggested the mural should actually be done in four panels, each depicting a different theme:

The intent is to pay tribute to the work done by prior generations toward equitable treatment and opportunities, like attending college or owning homes, that were once denied people of color.

This theme emphasizes solidarity among people of color and how, historically, members of the black community have had each other’s backs.

The idea is to illustrate activism in whatever form the artist chooses, spanning the early days of the Civil Rights Movement to the Black Lives Matter protests of today.

The idea is to show appreciation for the gains made in the struggle that ancestors who experienced slavery and then discrimination would have a hard time imagining, while acknowledging that there is more to be done.

Student artists can learn more and apply to be considered for the project by completing the Call for Artists Form.

The deadline for applying is Monday, Nov. 29, by midnight.