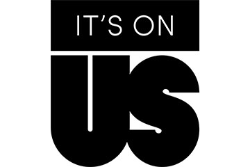 
Sexual assault and relationship violence are never acceptable, and SUNY Cortland students, faculty and staff work diligently to raise awareness of ways to prevent them all year long.

But in April, Sexual Assault Awareness Month, their efforts really ramp up.

Members of the campus community plan two solid weeks of daily activities aimed at making SUNY Cortland an exception to the sobering statistics facing college campuses nationwide: During their time in college, 1 in 5 women and 1 in 16 men are sexually attacked, 40 percent of survivors fear reprisal by their attacker and only 2 percent of incapacitated rape survivors report their assault.

“On our campus, we’re trying to not only address sexual assault but also to educate on stalking awareness and dating violence awareness,” said Nan Pasquarello, the College’s Title IX coordinator. “That’s because we have seen an increase in reports of dating violence and stalking cases across the country but also here on our campus.”

“One of the things I’m pleased about is that with so much concerted effort we seem to be creating a culture of reporting where people feel comfortable coming forward and getting help,” Pasquarello said.

First up are the It’s On Us Action Team’s events:

Monday, April 1: Professor of Health Jena Curtis, who coordinates Women, Gender and Sexuality Studies, will lead a discussion of the short film “A Girl Like Anna: a Conversation on Sexual Violence” from 5 to 6:30 p.m., in Sperry Center, Room 105. The film addresses how friends tend to handle the news of a companion’s sexual assault, in some cases blaming the victim. Participants will learn how they can instead offer support to survivors of sexual violence.

Wednesday, April 3: The College’s Health Promotions office will use its weekly Wellness Wednesday activity to raise awareness about the reality of U.S. sex trafficking. The program, titled “Who Is Jane Doe?,” will be presented by Health Educator Lauren Scagnelli ’12, M ’14. The discussion will begin at 6 p.m. in Corey Union Exhibition Lounge.

Thursday, April 4: The It’s On Us Action Team is sponsoring an “It’s On Us Pledging and T-shirt Giveaway” from 5 to 7 p.m. in the Student Life Center Lobby. The activities invite members of the campus community to commit to standing up for others rather than standing by when they perceive a sexual assault might happen. All month long, students will be urged to educate themselves about the meaning of consent and sign the “It’s On Us” pledge to act against sexual abuse.

Friday, April 5: A second “It’s On Us Pledging” event is planned along with a “T-shirt Tie-dye Event” from 4 to 5 p.m. in the Casey/Smith Towers lounge.

Sunday, April 7: The College’s third annual Yards for Yeardley event seeking to raise awareness regarding healthy and unhealthy relationships with college students is set for noon to 4 p.m. in the Lusk Field House. Details will be given in the next Bulletin.

SAFER’s Week of Action fills the following week, with a few events later in April, said Pasquarello, who serves as advisor to this student club.

Monday, April 1: SAFER members are showing support for the YWCA’s Aid to Victims of Violence by hosting The Clothesline Project in Corey Union. The graphic T-shirt display shares allows victims of relationship violence to share the emotions they would find hard to express in person. THIS EVENT IS CANCELLED AND WILL BE RESCHEDULED FOR OCTOBER, SEXUAL ASSAULT AWARENESS MONTH.

Tuesday, April 9: An emotional healing and empowerment event called “Let It Go” will start at 7 p.m. in Corey Union, Room 301. “Let it Go” is an opportunity for participants to write out the pains and hurts they have been holding onto,” Pasquarello said. “They are going to create collages as a creative way to reach emotional healing.”

Thursday, April 11: Tables will display resources on sexual assault from 1 to 4 p.m. in the Student Life Center Lobby.

Friday, April 12: The third annual “Speak Up,” a gathering of SAFER, Phi Iotas and other groups to share stories that raise awareness of and support for survivors of dating and domestic violence, is from 6 to 9 p.m. in Sperry Center, Room 105. SAFER plans to screen a video that members are working on regarding marginalized voices of sexual and intimate partner violence.

Saturday, April 13: “Speak Up” continues from 6 to 10 p.m. in the Corey Union Function Room. SAFER is creating a play to stage during the evening.

Wednesday, April 17: SAFER will again lead a Take Back the Night March at 8 p.m. starting from the Corey Union steps.

Wednesday, April 24: “Denim Day” will be a day of information and awareness-raising about sexual consent provided at tables in the lower level lobby area of Corey Union. Advocates will be encouraged to wear jeans that day. The event is hosted by the YWCA Cortland Aid to Victims of Violence (AVV) and SUNY Cortland service learning project interns. "Denim Day" was started in 1999 in Los Angeles by the group Peace Over Violence after the 1998 overturning of a 1992 rape conviction in Italy.

Wednesday, April 24: "Behind the Post" is an event that explores the façade of normalcy often created by happy social media posts that hide troubled or abusive relationships. It takes place at 4:30 p.m. in Corey Union, Room 209.