Speaker to Discuss Turkey as Reliable Ally on Sept. 16 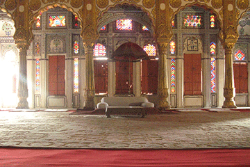