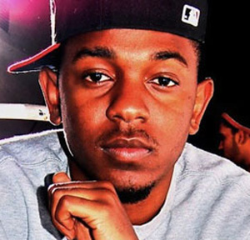 The 25-year-old Compton native, dubbed rap’s next big superstar by Snoop Dogg and Dr. Dre in a Los Angeles music club in 2011, will appear alongside D.J. Steve Aoki at 8 p.m. in the College’s Park Center, with doors opening at 7 p.m.

Tickets for the concert are sold out.

Lamar has two studio albums to his credit, including “good kid, m.A.A.d city,” his major label debut released in October. That album peaked at No. 2 on the Billboard 200 chart and has sold nearly 700,000 copies. Music critics from many publications across the U.S., including Rolling Stone, Billboard and The New York Times, rated it among their 10 best albums of 2012, praising it as a resurrection and reinvention of West Coast rap for its realistic dose of storytelling.

The 35-year-old Aoki has established himself as a popular D.J. and record producer after founding his own label, Dim Mak Records, in 1996. “Wonderland,” his most recent solo album released in 2012, features guest musicians that include LMFAO, Kid Cudi and will.i.am.

His remixes of popular acts such as the Jackson 5, Drake and The Killers also have won him a diverse fan base.