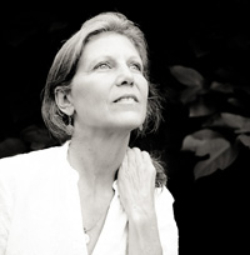 In 1736, Benjamin Franklin founded the country’s first volunteer fire department. Patrick Henry, the future Revolutionary War orator, was born. The only people who lived in the Cortland area were Native Americans.

And, on a steep slope that would one day be known as Hoxie Gorge, a stubborn hemlock seedling was just starting to take root.

That hemlock tree, and several that aren’t much younger, still stands in the woods surrounding SUNY Cortland’s Hoxie Gorge Field Station, a 169-acre natural area located off Hoxie Gorge Road from State Route 11 about six miles south of the City of Cortland.

A slice of that forest, and another patch of more-than-a-century-old green in Cortland’s Lime Hollow Center for Environment and Culture, will be formally inducted into the national Old Growth Forest Network, a patchwork of mature woodlands protected from development, on Thursday, Sept. 13.

It’s no coincidence that the Old Growth designations will occur on the same day that Joan Maloof, an emeritus associate professor of biology at Salisbury University in Maryland and a self-proclaimed “tree hugger,” will visit SUNY Cortland and speak to the campus community.

Maloof, the founder and principal organizer of the Old Growth Forest Network, will share her passion for preserving longstanding forests with SUNY Cortland’s Biology Club members, the campus and community at 7 p.m. in Sperry Center, Room 104. Maloof’s talk, “The Old-Growth Forest Network: America’s Next Idea,” is free and open to the public.

It may come as a surprise to many, but Cortland County boasts towering stands of wooded splendor that were already providing shade long before the Declaration of Independence was signed. Maloof will visit two of those groves, Hoxie Gorge and Lime Hollow, and will formally welcome these venerable, green-fringed glades into the rapidly expanding network.

At 2 p.m. she will greet the public at the Lime Hollow visitor’s center, 338 McLean Road, Cortland before officially entering the nature preserve’s ancient trees into the network around 2:30 p.m. Located on the western edge of Cortland County, Lime Hollow was founded in 1993. This 400-acre, geographically unique, and ecologically diverse outdoor oasis offers more than 20,000 visitors free, on-trail access.

At Lime Hollow, the most venerable boughs are scattered through the park. They include the beloved “Grandfather tree,” a black cherry above the Salamander Spring near the Tunison Aquatic Laboratories area. In the heart of the woods, along the Mill Pond trail before the Fen Connector trail and back toward the Bog Spur trail, are large, old growth cherries, maples and ash. At the entrance to the Fossil Dome trail, one very large — and very old — maple is fondly known as the “Alien Tree.” Several other maples near the bog are also considered old growth.

At approximately 3:30 p.m., Maloof plans to travel to Hoxie Gorge, where she will designate a patch of old growth forest there into the national network.

The College has overseen the long-wild farmland and its adjacent, unlogged forests for educational, research and recreational uses since 1965.

SUNY Cortland Distinguished Teaching Professor Larry Klotz, who manages the Hoxie Gorge preserve for the College, describes the location of the old-growth trees as along the McDermott Nature Trail and the Finger Lakes Trail near marker no. 29. The area contains old-growth hemlock trees on the banks of the gorge, the oldest of which dates back to 1736. Another dates to 1740. In this area are also sweet birch, red maple  and black cherry trees that date to the late 1800s.

A knowledgeable and dedicated advocate for America’s oldest forests, Maloof hopes her presentation inspires others to help pursue her “old growth” preservation goal. The Old Growth Forest Network was formed to identify one forest in each county, and sign agreements to protect it from logging. More information about the network can be found at the website www.oldgrowthforest.net.

Maloof is the author of Teaching the Trees: Lessons from the Forest (University of Georgia Press, 2005), which won an Honorable Mention from the Association for the Study of Literature and the Environment. Her second book, Among the Ancients: Adventures in the Eastern Old-Growth Forests, was published in April 2011.

Her research on pollination biology has been published in the journals Ecology and The American Journal of Botany. In 2002, she expanded her ecological studies into the forest. She retired from teaching in 2011 to focus on the network.

Never really at home in a laboratory, Maloof took to the woods early in her career. Her enthusiasm for firsthand observation in the wild spills over into her writing, whether the subject is the composition of forest air, the eagle’s preference for nesting in loblolly pines, the growth rings of the bald cypress, or the gray squirrel’s fondness for weevil-infested acorns. With a storyteller's instinct for intriguing particulars, Maloof expands notions about what a tree “is” through her many asides — fascinating side forays about the six species of leafhoppers who eat only sycamore leaves or the midges who live inside holly berries and somehow prevent them from turning red.

As a scientist, Maloof accepts that trees have a spiritual dimension that cannot be quantified. As an unrepentant tree lover, she finds support in the scientific case for biodiversity. As an activist, she can’t help but wonder how much time is left for our forests.