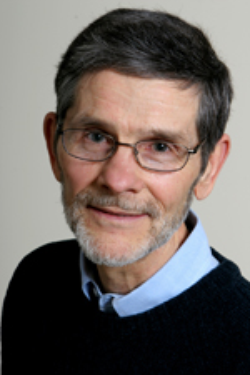 Berzonsky was one of only 12 faculty members throughout SUNY, the nation’s largest public higher education system, to be elevated to the Distinguished Professor rank by the SUNY Board of Trustees this week. The promotion became effective May 10.

SUNY Cortland was the only comprehensive state school to have a faculty member on the list. All other newly appointed Distinguished Professors were from one of SUNY’s four research universities or a teaching hospital.

During his 40-year career at SUNY Cortland, Berzonsky has gained international recognition as a dedicated researcher and prolific scholar in the fields of cognitive psychology and identity styles. He has written more than 70 articles published in peer-reviewed journals in his field, authored two books and edited two others. He serves on seven editorial boards and presents frequently at international and national conferences.

“All told, Dr. Berzonsky embodies all the qualities of someone holding the rank of Distinguished Professor at SUNY,” said Mark Prus, provost and vice president for academic affairs at SUNY Cortland, in recommending Berzonsky. “He is a dedicated teacher, a leading-edge scholar, a good citizen in his discipline and a mentor to colleagues and students.”

Many of Berzonsky’s professional peers consider him to be a pioneer in the field of cognitive psychology. His ideas about what influences people in developing psychological identities, and the impact that has both positive and negative behavior were precedent-setting, and are now widely accepted. His Identity Style Inventory — a method for determining which of three processes an adolescent uses to help develop an identity — has been adopted world-wide and has been translated into a host of non-English languages.  The methodology has been published in 21 countries, including Iran, Pakistan, India, China and Turkey.

As Michael Chandler, a psychology professor with the University of British Columbia, put it when recommending Berzonsky for the honor: “The entire discipline of identity development research has been converted to his once-radical views. The growth edge of research into the identity-formation process has followed his lead.”

In 2006, Berzonsky’s work was highlighted at a major conference in the Netherlands, “European Conference on the Theory and Measurement of Identity Style.” In 2009, he was the invited to be the keynote speaker for the 18th Conference of Developmental Psychologists, in Wroclaw, Poland.

Berzonsky received the Chancellor’s Award for Excellence in Scholarship and Creative Activities in 2008, as well as the College at Cortland’s Outstanding Achievement in Research Award (2008).

At SUNY Cortland, which has a longstanding reputation as a teaching College, Berzonsky demonstrates an ability to balance an intensive research agenda with superior teaching. He has served on many campus committees and currently serves on the SUNY Cortland Institutional Research Board.