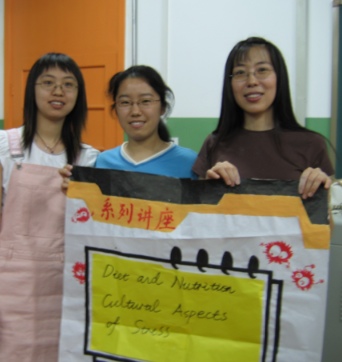 Dr. Tiantian Zheng joined the Cortland faculty in 2003, having just finished her PhD in Socio-cultural Anthropology at Yale University. Her academic career first encompassed the study of linguistics and gender studies in the Linguistics M.A. program at Dalian Foreign Language University (1993-1996) in China; then she continued on to the Gender and Women’s Studies M.A. program at University of Northern Iowa (1997-1998).  Along that path she forged her own identity as a sociocultural anthropologist with research interests in gender, sexuality, migration, class, health, social inequality, and human rights.  Her studies in Yale’s Anthropology program and her fieldwork in China  provided her with a solid background in linking ethnographic research with innovative approaches in cultural and social theory.

Her avid interest in the dynamics of sexuality, gender and human rights is evident in all of her publications, in particular in the first of her four books:  Red Lights: The Lives of Sex Workers in Postsocialist China (University of Minnesota Press). Red Lights is an ethnography of rural migrant women based on her two-year intensive ethnographic fieldwork in China. Her second book is an ethnography of condom use and HIV/AIDS in the entertainment industry based on one-year of intensive ethnographic fieldwork in China (Ethnographies of Prostitution in Contemporary China: Gender Relations, HIV/AIDS, and Nationalism, Palgrave Macmillan Press). She has published one monograph on the anthropological study of HIV/AIDS (HIV/AIDS Through an Anthropological Lens from Kendall Hunt Publishing, co-author: Jack Wortman), and has edited  a volume on sex-trafficking (Sex-Trafficking, Human Rights, and Social Justice, Routledge Press).

Red Lights won the 2010 Sara A. Whaley book prize from the National Women’s Studies Association for the book published in the previous calendar year judged to have made the most significant contribution to the topic of women and labor.  It has had an enormous impact in the field, Dr. Zheng has received over one hundred letters from scholars in the U.S., U.K., Brazil, Italy, Hong Kong, Korea, Singapore, France, and India expressing praise for the book.  It is also widely adopted by other anthropology faculty  for use in classes around the world.

Red Lights is based on two years of ethnographic fieldwork in Dalian, a large northeastern Chinese seaport of over six million people.  It examines the lives of rural migrant women working in the urban entertainment industry.  During her fieldwork, Dr. Zheng lived and worked with a group of hostesses as a hostess in a karaoke bar, facing many of the same dangers they faced. She formed strong, intimate bonds with them. The result is an ethnographic story of young, rural women struggling to find meaning, a modern and autonomous identity, and, ultimately, trying to survive within an oppressively patriarchal state system.  Moving from case studies to broader theories of sex, gender, and power, she connects the growth in capitalist entrepreneurism to the emergence of an urban entertainment industry, illuminating the ways in which hostesses, their clients, and the state are mutually created in postsocialist China.

Red Lights received highly positive reviews from the Chronicle of Higher Education and 10 other peer-refereed journals.  Reviewers were uniformly impressed:   “Zheng participated in activities that male ethnographers could only have observed. Her analysis of sexual networking is consequently first-rate because she moves easily and persuasively from person to state, capital to labor, ideology to practice.  Red Lights is a beautifully written account of the emergence of new femininities and masculinities in post-socialist People’s Republic of China… It is a major contribution to ethnographic explorations of gender, sexuality, and prostitution, and to Asian Studies, too.” (Feminist Review). “There is no better work on the subject in English or Chinese, providing an insightful and highly readable scholarly account of one corner of what is already perhaps the largest commercial sex industry in the world” (The China Journal). 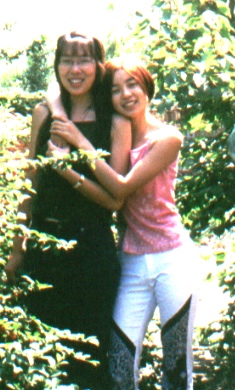 She was also invited to speak on Capitol Hill in Washington, D.C., where she presented testimony before the Congressional-Executive Commission on China. Her testimony aided the commission’s examination of the international problem of human trafficking.

Her expertise in issues of gender, sex trades and social inequality, has led to a deluge of requests for commentary and analysis. Requests have come from organizations as diverse as the Sino-Italian Development Cooperation in Beijing, Stanford University, and numerous universities abroad (from Vietnam to Belgium, from Greece to the Philippines).  Her publications have been reported by newspapers and radio stations such as the Epoch Times, Singtao Daily, and Danish Broadcasting Corporation.  Requests for interviews are numerous too, coming from all over: Danish Broadcasting Corporation, Voice of America, Diplomatic Editor, UK, China Economic Review, London-based journalist, Shanghai-based British journalist, Ms. Magazine, Culture Shock radio station, New American Media, The Epoch Times, New Tang Dynasty Television, World of Nerve, and the Capital Chinese News Newspaper.

Back in Cortland Dr. Zheng is quick to assert that “I consider teaching essential to my scholarship and intellectual growth.  My teaching areas parallel the arenas of my research.”  She offers courses such as Sociocultural Study of HIV/AIDS, Peoples of East Asia, Introduction to Cultural Anthropology, Medical Anthropology, Anthropology Methods, and Anthropology Theory.  Cortland students have the benefit of a world-recognized leader in ethnographic research in the classroom; her courses are popular and her impact on student understanding of issues of gender and power is profound. Kaitlin Doyle, who took her Sociocultural Study of AIDS class, said: “I never had a professor who knew so much about what she was teaching.”  Jess Smith, in her personal statement for the graduate school application, wrote: “I am in love with medical anthropology.  My professor, Tiantian Zheng, is amazing and has had a profound influence on me.  She has inspired me to continue in this field, and to research, evaluate, understand, and teach this subject to other students like myself, with the same passion that she has.”

On campus she serves as the coordinator of the Asian/Middle Eastern Studies program, and serves on the advisory board for the Center for Gender and Intercultural studies as well as the advisory council for Ethics, Peace, and Social Justice.  She is the managing editor of the journal Wagadu, Journal of Transnational Women’s and Gender studies, and on the editorial board of The New York Sociologist.  She has received generous grant support for my research from SUNY Cortland, including two Faculty Research Program grants. 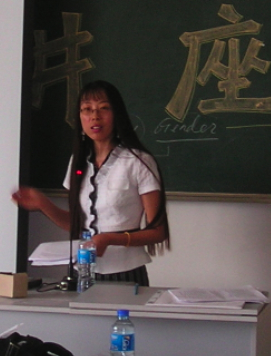 Dr. Zheng serves on the Executive board for the Chinese Society for Women’s Studies, Inc. and the New York Association of Asian Studies; she has also served on the Executive Board of the International Association of Asian Studies. She is also a consultant for Chinese NGO HIV Projects on LBGT.  She continues as a Research Associate at Cornell’s East Asia Program, and at Binghamton’s  Asian and Asian American Studies Program. She has evaluated grant proposals for the National Science Foundation and the Hong Kong Research Grants Council.

With so many accomplishments already in place, it’s interesting to see how she frames her future career. Dr. Zheng sees her goals in these terms: "I want to extend my deepest gratitude to my colleagues in my department, the President, the Provost, the Dean, and the Associate Dean for their incredible support.  I will persist in my service to the campus through active participation and involvement in programs that enrich campus life, contribute to cultural and political awareness, increase diversity on campus, and promote exchanges and collaborations of scholarship among faculty members.  I love teaching and doing research, and have a passion for anthropology.  To me, nothing is more stimulating than exploring anthropology with my students.    My goal is to challenge students’ taken-for-granted cultural perceptions and values, and help them develop their critical and analytical skills that lead to greater self-discovery and consciousness of their position in, and the inner-workings of, the world they live in.  This process enriches our lives and helps unravel the multilayered depth beneath the façade of reality we all live in.  Leading students toward these lifelong pursuits is the ultimate reward for me.”