SUNY Cortland has a legacy of providing a life-changing education to deserving students regardless of their background or circumstance. Opportunity and honors scholarships will retain high-performing students and meet the growing demand for need-based tuition and non-tuition support. Promising students whose backgrounds have not fully prepared them for increasingly rigorous academic demands will benefit from programs designed for them, as will students who require non-academic support for a variety of physical and mental health needs. 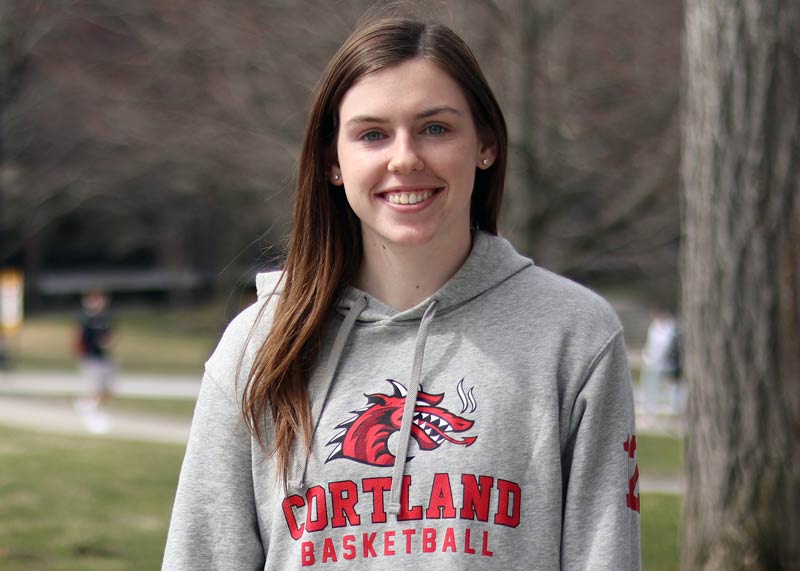 Alaina Lynch ’19 made the most of her time at SUNY Cortland. A dual political science and criminology major from Staten Island, N.Y., Lynch aimed for law school. She also served as captain of the women’s basketball team and was a leader for student-athletes across the state as SUNYAC Student-Athlete Advisory Committee vice president of legislation.

She also spent a large part of her senior year doing unique and groundbreaking research with Anna Curtis, assistant professor in the Sociology/Anthropology Department.

Lynch studied the television series “Black Mirror,” exploring the way the show plays on a generation’s fears of a dystopian future where technology clashes with human morality. Like “The Twilight Zone,” the series’ social commentary offers a glimpse at the things that motivate — and scare — today’s college students.

“It’s not statistics. It’s not law. It’s still research. I’ve learned all about this software I wouldn’t have used otherwise. I liked the idea that it was something fictional, which is something I really never deal with in political science.”

Using state-of-the-art NVivo software to analyze dialogue from all of the episodes from the first four seasons of “Black Mirror,” Lynch uncovered findings that she presented at the Eastern Sociological Society’s annual meeting. She knows her undergraduate research experience will help her no matter what she decides to do in the future. 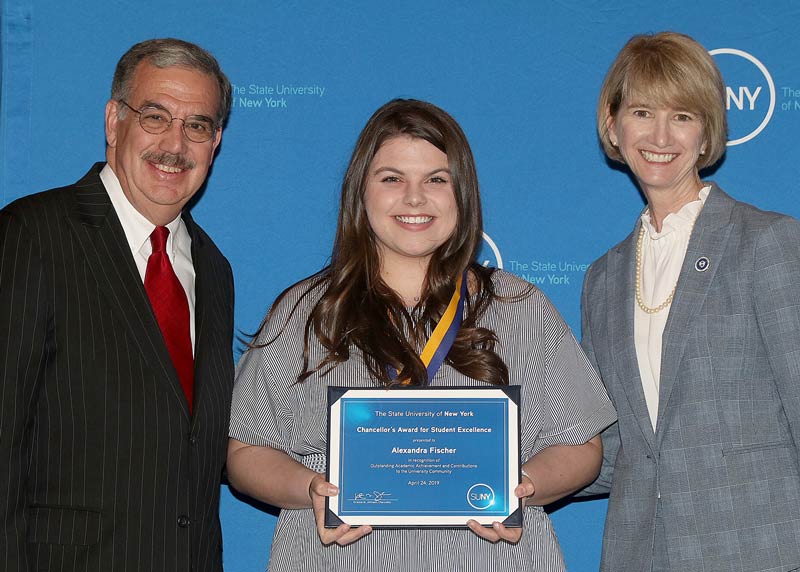 Allie Fischer ’19 decided to make the most of the thesis she wrote as a member of SUNY Cortland’s Honors Program, bringing together her inclusive childhood education major with a concentration in English language arts.

Fischer wrote a children’s book that she hopes will someday improve the lives of those living with Attention Deficit Hyperactivity Disorder (ADHD) and Oppositional Defiant Disorder (ODD).

The book, Alex Volcano, is aimed at children with those conditions in a way most children’s books aren’t. Her younger brother, Scott, is affected by those disorders and she wanted to create something tailored to children like him. Fischer would like to find a publisher and illustrator who can help her work reach a large audience.

Fischer, a recipient of the 2019 Chancellor’s Award for Student Excellence and vice president of the Colleges Against Cancer Club, aims to pursue a master’s degree in educational psychology and dreams of becoming a special education teacher and eventually a school administrator who can change the lives of many students.