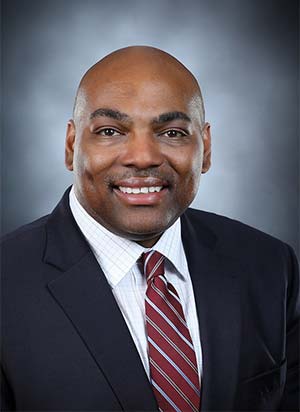 James Felton reports to the President, and works closely with President’s Cabinet (the Vice Presidents), faculty, staff, and students to provide leadership for equity and Inclusion related initiatives and institutional efforts for the campus. He oversees the functions of the Institutional Equity and Inclusion Office, and is charged with developing and Implementing effective diversity policies and practices, including: strategic diversity plans; recruitment and retention of underrepresented and underserved faculty, staff, and students; the promotion of a welcoming and inclusive campus community; and education, awareness, and training on cultural competency and inclusive excellence.

Prior to joining SUNY Cortland, Felton served as the inaugural Chief Diversity Officer at Anne Arundel Community College in Arnold, MD. Previously, he was the director of Intercultural Affairs at Western Carolina University in Cullowhee, NC.

Recognized as a national leader in diversity higher education, Felton is a member of the National Advisory Council for the National Conference on Race and Ethnicity (NCORE), which serves as the leading national forum on issues or race and ethnicity in American Higher Education. He also serves on the Editorial Board for INSIGHT Into Diversity, the oldest and largest diversity magazine and website in higher education. in 2016, He was invited to a special convening at the White House as one of several thought leaders who examined the role of diversity in post-secondary education. Felton is the co-author of the book, Inclusive Directions: The Role of Chief Diversity Officer in Community College Leadership (Rowman & Littlefield, 2017).

He holds bachelor’s and master’s degrees from McDaniel College (formerly known as Western Maryland College), and he is currently working on his PhD in Global Leadership at Indiana Tech.