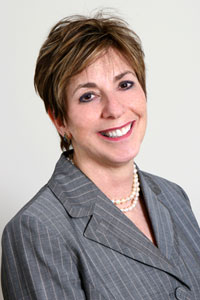 International travel to experience art and architecture remains the motivation behind the life and academic career of Barbara Wisch. "My parents strongly believed in planting the seeds of knowledge through travel. Although I grew up with the marvelous museums and cultural resources of New York City, my most memorable childhood experience was a three-week excursion to Europe when I was eleven, highlighting London, Madrid, Rome, Venice, and Paris. These extraordinary cities left a longing to return and the desire to truly understand the art and buildings that I was seeing." Although Wisch's studies have focused on Roman art, from ancient times through the Baroque, her travels and research have led her across Italy and Europe. In college, her sophomore French class went to France for spring break to study Gothic cathedrals. That summer, with a Greek friend, she spent a month traveling throughout the Greek mainland and islands. "When I show students slides of me at the Parthenon in Athens and the Chartreuse de Champmol in Dijon, they know that study abroad is essential."

For more than three decades, Wisch has explored the art and pageantry of the Eternal City in her research. Her newest book in progress, written with Nerida Newbigin, chair of Italian Studies at the University of Sydney (Australia), is titled Acting on Faith: The Confraternity of the Gonfalone in Renaissance Rome. Confraternities were religious organizations of men, women, and children--like the Knights of Columbus today--that encouraged devotion, promoted charity, commissioned significant works of art and architecture, and sponsored spectacular processions and sacred theater. They were fundamental to the very fabric of urban life of early modern Europe. The book's focus on the confraternity of the Gonfalone--the name means "processional banner"--offers "an ideal opportunity to study the sacred spaces and devotional experiences of Romans and international visitors alike during the tumultuous centuries of religious challenges to the Catholic Church." The city will further come alive through Wisch's digital reconstructions of the Gonfalone-owned churches in consultation with the director of the digital architectural project "Reconstructing Renaissance Rome," Professor Henry Dietrich Fernández of the Rhode Island School of Design. Acting on Faith is supported by a prestigious National Endowment for the Humanities Fellowship, the first awarded at SUNY Cortland.

Wisch believes that scholarly collaboration is crucial, and has co-edited two books. Confraternities and the Visual Arts in Renaissance Italy: Ritual, Spectacle, Image (Cambridge University Press, 2000) was commended as "a model for future scholars to unite social-cultural and art history." In light of the book's reception, Wisch was invited by the Renaissance Society of America in 2003 to be a plenary speaker on confraternity studies at the annual meeting, the premier international conference on the Renaissance. A second co-edited book, the two-volume "All the World's a Stage..." Art and Pageantry in the Renaissance and Baroque (The Pennsylvania State University, 1990) was a finalist for the Bernard Hewitt Award in theater history. Each of these volumes has opened new avenues of inquiry and has become a standard in the field. Wisch credits her dedication to interdisciplinary studies and collaboration to her graduate education at Berkeley, where courses and seminars taught together by art historian Loren Partridge and social historian Randolph Starn were initiated. "This kind of contextual art history was virtually unprecedented in 1976, and left a deep impression on my own approach to research and teaching." 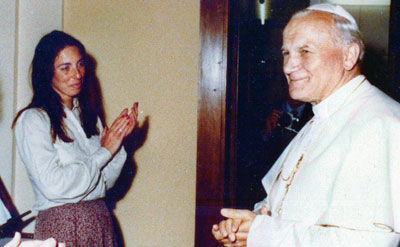 For decades, Wisch has conducted research in the archives of Rome. She has uncovered a plethora of unpublished original sources, such as more than 200 groundplans of sixteenth-century buildings, written eyewitness accounts in Italian and Latin, and records of expenditures, which allow her to bring confraternal patronage to life. The Gonfalone documents are preserved in the Vatican Secret Archive. Working there on her dissertation, Wisch met the newly elected John Paul II. She continues her research at the Vatican and at other Roman archives and libraries of rare books and manuscripts. As a doctoral student at the Bibliotheca Hertziana (Max-Planck-Institut für Kunstgeschichte) in 1977-79 and a Visiting Fellow in 2002, Wisch maintains her special association with this renowned German art historical institute and library in Rome. Her research on the artistic patronage of the Gonfalone has also been recognized by the Soprintendenza per i Beni Artistici e Storici di Roma. She was the only non-Italian scholar invited to contribute to the lavish volume that documented and analyzed the recent restoration of the sixteenth-century monumental frescoes in the Gonfalone oratory.

Wisch firmly believes that art does not simply reflect history but participates in it, interpreting--literally shaping--human experience and beliefs. Art history, in turn, provides visual and intellectual tools to view the past as a portal to the present. "It is crucial that students become aware that art and 'seeing' are not 'natural' phenomena, but rather cultural constructs, repositories of specific cultural values." Her enthusiasm for teaching and the high expectations she brings to the classroom were recognized by a SUNY Chancellor's Award for Excellence in Teaching in 1998. In 1999, she was invited to give the keynote address at SUNY Cortland's Honors Convocation and was also a keynote speaker at SUNY Cortland's Teaching and Learning Conference "Celebrating Good Teaching."

To ensure that students experience real works of art at SUNY Cortland, Wisch has curated major exhibitions at the Dowd Fine Arts Gallery and organized multidisciplinary programs of lectures, music, and film to draw together diverse members of the campus and community. In 2006, she was the guest curator and wrote the catalog for the acclaimed A Passion for Porcelain: The Crocker Collection of Decorative Arts. Research was conducted at the great porcelain collections in Dresden, Meissen, and Berlin. Wisch, who is fluent in German as well as Italian, lived in Munich from 1980 to 1985. In 1982, she was portrayed in bronze by the eminent German sculptor Otto Wesendonck (1939- ).

Wisch has organized, chaired, and presented papers at national and international conferences in Rome, Cambridge, England, Limerick, Ireland, Toronto, and Montreal. Among her many articles, book chapters, book reviews, and an exhibition catalog on diverse aspects of Renaissance visual culture, she has addressed how stereotypical anti-Semitic images originated and evolved. Wisch served as coordinator of Jewish Studies at Cortland (1997-2001) and continues as a member of the Jewish Studies Committee. 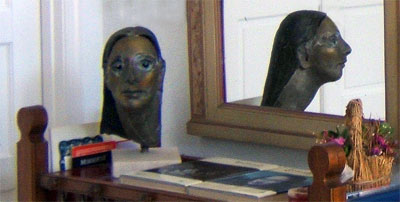 Wisch has been at Cortland since 1993. She teaches undergraduate courses and supervises independent studies and internships at the Dowd Fine Arts Gallery. Seminar students have participated in sessions she organized for Scholars' Day: on gender issues in the oeuvre of the famous seventeenth-century painter Artemisia Gentileschi; and on reconstructions of ancient Rome in Hollywood's "sword and sandal" films. She also taught seminars in the Fine Arts master's program at Syracuse University (1996-98) and continues as a Research Associate at the Center for Medieval and Renaissance Studies (CEMERS) of Binghamton University. She serves as a reader for dissertations at the University of Trier, Germany, and evaluates books and articles for international presses and journals. She has received generous grant support for her research from SUNY Cortland, including two Faculty Research Program grants (1996-97; 2006-07).